Kelly Wylie, Program Director of District and School Support for the Santa Clara County Office of Education, is a veteran educator with over 20 years of experience. Prior to her work at ACOE, Kelly had been an award-winning middle school administrator, an instructional coach, a GATE coordinator and an award winning classroom teacher. She provides expert practitioner technical assistance in the areas of Professional Learning Communities, Accountability, Multi-tiered System of Supports and ESSA; having presented at the national, state, and local levels. Ms. Wylie studied public relations and English at the University of Nevada, Reno and then went on to receive her multiple subject teaching credential from Cal Poly San Luis Obispo where she did graduate work in curriculum and instruction. She received her administrative credential from National University where she did graduate work in Educational Leadership. Ms. Wylie lives in the east San Francisco Bay Area with her husband and their elementary aged son.

Shirley Peterson started her career in education as a Biology and Physical Education teacher and pursued her passion for athletics coaching at the high school and college levels. She moved into administration and served as a vice principal and then principal at two high schools. Her focus on classroom instruction and support programs for under-performing students resulted in lower dropout rates and increased college acceptances. Shirley led the development of a reading program at one of her schools which documented gains of two years growth in one year; and secured a grant from the National Science Foundation to integrate technology into all curricular areas in the mid 1990s. As a district-level administrator, she assisted with the implementation of a K-12 Balanced Literacy program and supported a district-wide high school reform initiative. She served two years at the University of Washington as its Center for Educational Leadership began. She taught at the University of San Diego (USD) in the School of Leadership and Educational Sciences (SOLES) and served as a supervisor for aspiring administrators in USD’s Educational Leadership Development Academy (ELDA) and as a coach in the Principals Ongoing Support and Training (POST) program. In 2011 she joined the National Center for Urban School Transformation (NCUST) serving in the role of an Executive Coach supporting school and district leaders with a focus on Equity and Excellence for all students.

Tanya Rogers had the pleasure of having two separate careers both in Accounting and in the Hotel Industry.  As a specialist in school finance, she built a career with auditing, consulting and working closely within the dynamic area of finance in the school landscape.  During this journey, she developed and nurtured a strong love and passion for parent and student choice.  As a parent, she chose the path of a charter school for her own child.  She didn't know that all schools weren't the same.  During this adventure, she truly saw the need to provide options for students to earn the education that they deserve.  It has been through this journey that Tanya knew that she wanted to shift her career from that of an outside consultant to schools to working directly in a charter school.

Tanya currently lives in the Temecula Valley and has since 1993.  She has watched the community grow from a small one-stoplight community to the city it is today.  Her hobbies truly involve spending time and doing things with her family.  Tanya has been married for 29 years and she has a 21-year-old daughter.   Outside of spending time with her family, Tanya enjoys crime shows and novels.  She blames this on the Certified Fraud Examiner designation she earned during her auditing career.

Last but certainly not least, Tanya is an Army veteran.  She served during the 1st Gulf War as an Arabic linguist.  She is so thankful for the opportunities she's been given during her life and want to make sure that others are presented with the same choices available for the taking.

Jason McFaul spent his first seventeen years in Vista, California before moving to Long Beach to attend Cal State Long Beach in 1991. After one year at CSULB, he left in order to start a business. He amassed a sales force of 200 people in his Santa Monica office before shutting it down in the summer of 1993, as his father intervened with an adamant concern. “If I’m on my deathbed,” he said, “I will know that I did everything I could for your mother and your brother to be successful in life. But I will have failed with you.” Despite the early success of Jason’s business, his father believed in higher education. Jason closed his business and enrolled at Coastline Community College in Fall, 1993. The following semester, Jason transferred to the University of the Pacific, where he eventually earned a Bachelor’s degree in Pre-Law and English and a Master’s degree in 19th and Early 20th Century American Literature.

From 1996 to 1999, Jason taught English at several colleges, including Las Positas College, San Joaquin Delta College, Sacramento City College, and UC Davis. Back then, the pay for adjunct faculty was so low that Jason worked as a professor during the day and as a waiter at night. In 1999, Jason accepted a full-time, tenure-track professorship at Mt. San Antonio College, where he has been teaching for 22 years.

On the road to tenure, Jason wrote four books, most notably Critical Thinking: A Shepherd’s Guide to Tending Sheep. A lifelong learner, Jason has found that his learning is most accelerated by traveling (he has traveled to more than 50 countries) and by studying languages (his focus for the last four years has been Japanese).

In addition to the CalPac Board of Directors, Jason has been a board member for the Chino Valley YMCA and the Inland Inferno Triathlon Club. He lives in Chino Hills with his wife, son, and dog.

Bill Howard graduated from the University of San Diego with a Bachelor's Degree in History and then later obtained a Master’s Degree in Business. He worked 33 years in retail as a Store Manager, District Manager, and then a Regional Manager before transitioning to the educational sector in 2005, working nearly 15 years for Universal Technical Institute retiring in 2019.

At UTI, Bill developed relationships at high schools throughout San Diego County with teachers and counselors. He met with seniors regarding post-secondary opportunities with the main focus being Career Technical Education He assisted in transitioning students into career training opportunities that propelled them into rewarding careers. He was also responsible for assisting students in guiding them through the financial aid process, scholarship applications, employment and housing, all to assure them of a successful college start.

Bill has a strong passion for making sure students go the right direction with their post-secondary education - a direction that will set them up for productive and satisfying careers.

Use the resources below to explore more about our board, upcoming and past meeting dates, agendas, accountability plans, and more.

Providing a Unique and Flexible Education

Why Our Students Love CalPac

Submit your application online or speak with an advisor for more information. 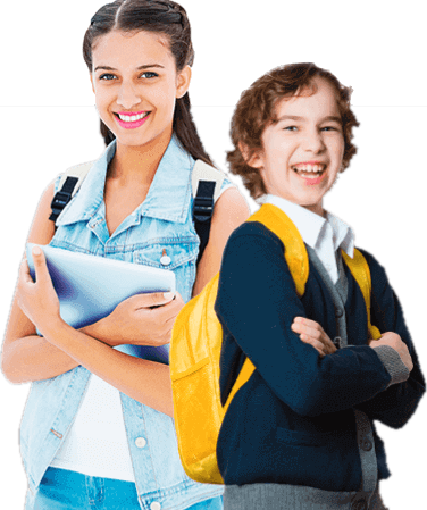 Have one of our counselors contact you about enrolling your child.